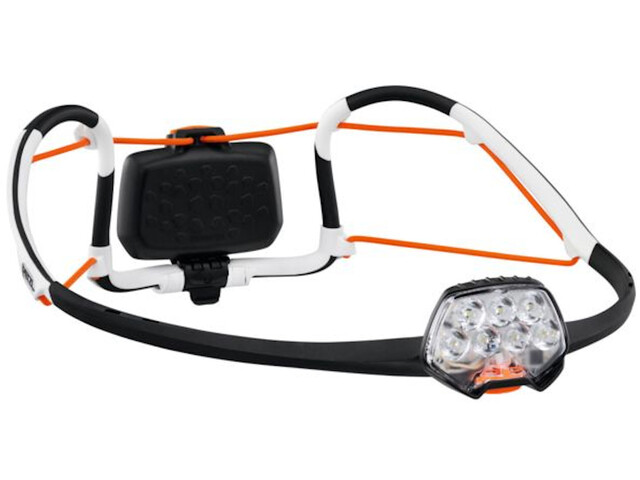 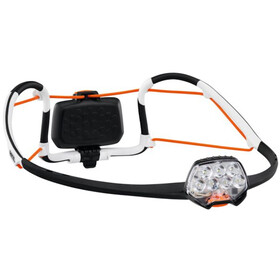 The Petzl Iko headlamp shows what the next generation of high-performance headlamps will look like! The innovative lamp has nothing to do with the design of previous lamps.

On the one hand, it scores with an extremely flat lamp body, which inspires with an impressive 350 lumens of luminosity at highest luminosity. In addition, there is a semi-rigid headband, which, unlike textile headbands, does not absorb sweat or rain and, due to its narrow design, promotes air circulation - the contact surface of the headband is significantly smaller than that of other headlamps.

Several LEDs provide an even light distribution with their light cones, in addition there are two different light cones (wide or combined) and several light levels, so that the lamp can optimally show its advantages in the most different requirements and application scenarios - from trail running to ski touring. The lamp can be controlled by a single switch. A lock function, which prevents accidental operation, is also on board, as is an LED display that shows the remaining energy when the lamp is switched on and off.

An ace still has the IPX4 certified and thus splash-proof and dust-proof lamp up its sleeve: With its transport case, it can be converted into a lantern that can be hung up in a tent, for example.

Thanks to the core concept, the Petzl Iko headlamp can be operated with three AAA batteries or the core battery (not included). The lamp recognizes the energy input and adjusts the light output automatically - with batteries the already mentioned 350 lumens, with the Core battery an impressive 500 lumens are possible.